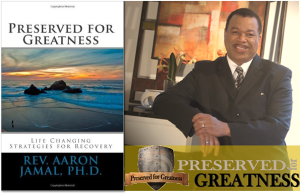 Aaron Jamal (has a storied musical career. Born in Chicago, Jamal was blessed to have music around him for all of his life. The nephew of blues legend Abbey Lincoln, Jamal was afforded a front row seat to his aunt and uncle Max Roach performing songs that awed him even as a child. Not able to afford extensive formal training, Jamal began to play the piano by ear. The skill intrigued family members enough that he was encouraged to develop the skill and began taking lessons.

Armed with only the basics of reading chord charts, Jamal began playing with local groups in

high school and immediately after graduation left to tour with blues great Tyrone Davis. With his appetite wet to be a professional keyboardist, Jamal played as a studio musician and worked the clubs.

Jamal began looking for his niche. He discovered an incredible amount of talented musicians all over the country and settled on the need to find something that set him apart. He purchased a Moog synthesizer that gave him the ability to stretch his creativity. 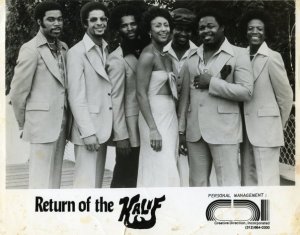 He headed a local group Return of the Khalif that featured a jazz fusion style of original and cover songs. The group was full of energetic and talented artists: Herb Walker, James Allen, Cordell Carter, Michael Williams, and lifetime friend Tony Carpenter. “Khalif” caught the eye of many other groups and musicians. On any given night you could see members from Earth Wind & Fire, Weather Report, McCoy Tyner and even the great Al Jareau in the audience. Khalif helped to build a reputation for Jamal as a fiery soloist and he was invited to play on a Phil Upchurch project. Phil was a local musical giant that Jamal had followed for years. He befriended Jamal and gave him his first opportunity to play with some true greats: Richard Tee, Steve Gadd, Willie Lee were among the list of great artists on this album. 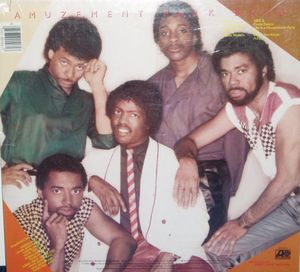 Humbled by the awesome talent on this project, Jamal began to play, record with and tour with more groups ranging from the Chicago based Leroy Hutson, Donny Hathaway, The Emotions who toured along side of George Benson, B.B King, and finally the Commodores during Lionel Richie‘s last tour with the group. Jamal began to work with other local groups.

Heading a group called Master Peace he began recording more with the likes of local artist such as Gavin Christopher who embraced Jamal’s funk-fusion style of synth and piano. On the debut project of Master Peace, he met Margaret Perry with the group. However, this was the beginning of a turn in his career. Jamal and Margaret married soon and began to build a 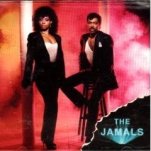 During a time of collaborating with the legendary Jerry Butler, The Jamals were encouraged to release a single. READ MORE...